A Pipe Burst In My Florida Condominium, Who Is Responsible?

“There are northeast storm warnings flying, and at five o’clock the wind is blowing heavily and steadily from the northeast and they have hoisted the big red flags with a black square in the middle one over the other that mean a hurricane. The wind is rising hourly and the barometer is falling. All of the people of the town are nailing up their houses.

…that is about the minimum amount of time you have to prepare for a hurricane; two full days. Sometimes you have longer.” In the early 1900s, there was no Doppler radar, no Weather Channel reporters, only a few ships at sea and reports from islands in the Caribbean. Lack of information about the intensity of hurricanes lead to the death of over 400 people in September of 1935:

The Weather Bureau sent out advisories stating that this storm would be nothing more than a rain maker that would strike Havana, not the Keys. On Labor Day, an American pilot named Len Povey was hired by a Cuban businessman to fly a small biplane over the Straits of Florida and check out the hurricane. Povey spotted the storm far north of the weather bureau’s track. It was heading to the Keys.1 In the late summer of 1935, the citizens of the Florida Keys were in the depths of the Great Depression. Key West, once a prosperous port city, had declared bankruptcy.  Residents were struggling to live on an average monthly income of $7. The city needed a plan to survive so it was decided to rehab the old buildings and re-create Key West as a tourist destination.2

As part of a work program, the Federal Emergency Relief Administration stationed over 600 WW1 veterans on the Keys, members of the Bonus Army. The vets were paid $30 a month plus free room and board to come to the Keys and build the bridges and roads that would be needed to support the Key West plan.

In total, 292 would perish during the storm. On Labor Day of 1935, the first Category 5 storm in recorded history struck the United States.

Most of the damage from the storm occurred in the Florida Keys. A 40-mile-wide path of destruction ran from just south of Key Largo to just north of Marathon. The Category 5 winds destroyed most of the man made structures on the island. The islands were covered with a 15-20-foot storm surge. On Matacumbe Key, for example, every building and tree was destroyed. The tracks of the Florida East Coast Railroad were destroyed, removing the main transportation route linking the Keys to the mainland.3

People driving to the Keys today can see portions of the Overseas Railway bridges rising from the water, disconnected from the land and leading nowhere. The tracks were never rebuilt. 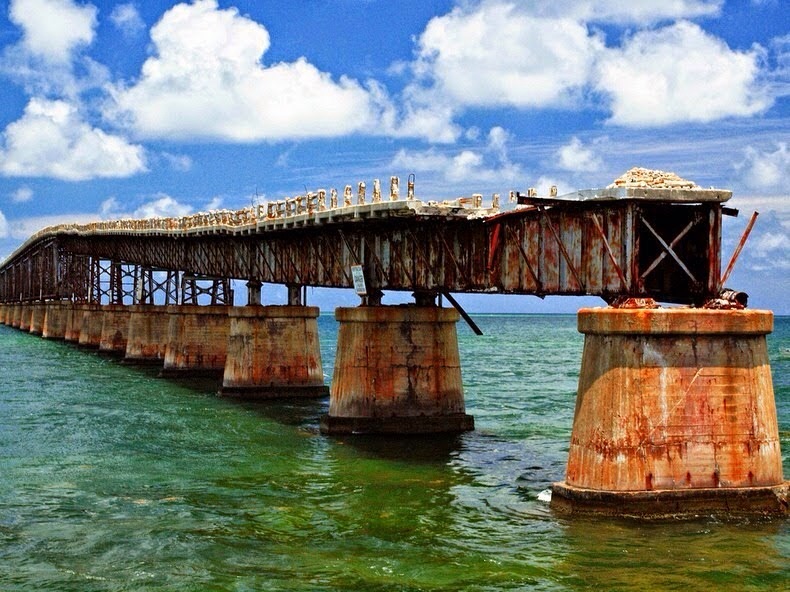 The Labor Day Hurricane still ranks as one of the most powerful storms ever to make landfall in the United States, but it likely will be remembered mainly as the tragic conclusion to the story of the Bonus Army.

A rescue train was dispatched from Miami the day-of to evacuate the veterans:

The train finally arrived in Islamorada around 8:15 PM. Moments later, the storm slammed into the island with 200 mph winds. The cars of the train were swept off its tracks leaving only the locomotive standing upright. Needless to say, the train never made it to the veteran’s camp that had been blown apart by the storm. The vets were killed by flying debris and high water.  When the storm had passed, more than half of the men in the camps were dead. 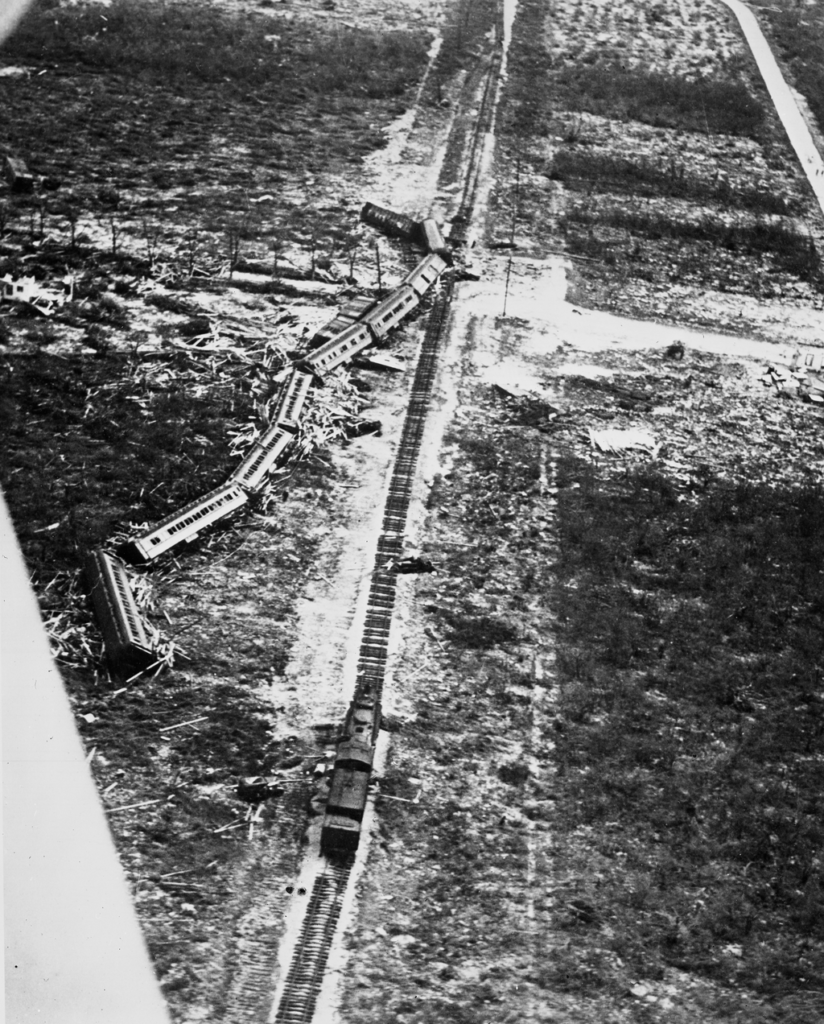 The island looked like the abandoned bed of a river where the sea had swept it. The railroad embankment was gone and the men who had cowered behind it and finally, when the water came, clung to the rails, were all gone with it. You could find them face down and face up in the mangroves.

About 1,000 people were in the Keys in 1935, and could not be successfully evacuated. Today, an estimated 80,000 people would need to leave for a similar hurricane.3

The Okeechobee Hurricane of 1928

The second deadliest hurricane in the United States, the Okeechobee Hurricane of 1928 killed an estimated 2,500 people in Florida. Most were drowned in storm surge water pouring over Lake Okeechobee. 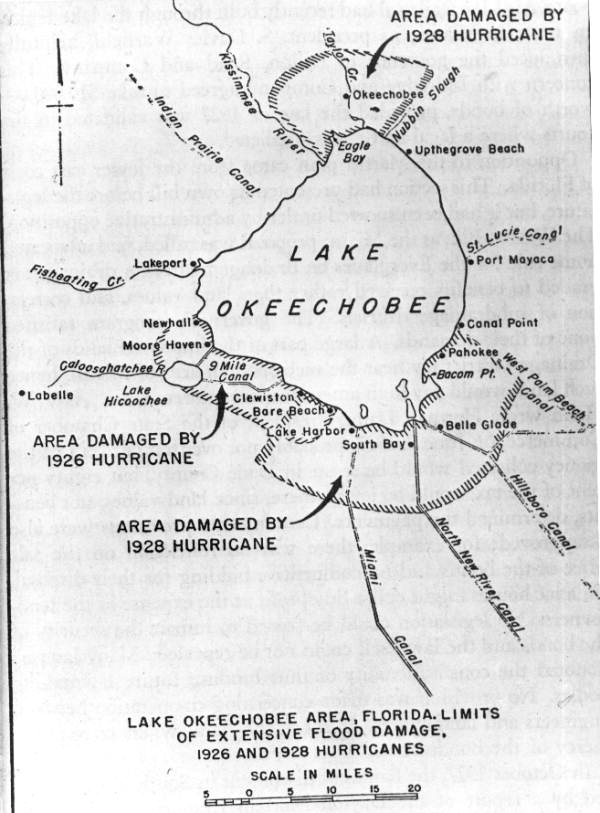 On Sunday, September 16, the eye of the 1928 hurricane passed over West Palm Beach and, hours later, the northern part of Lake Okeechobee. There, the storm’s counterclockwise Category 4 winds forced billions of gallons of water up against the weak 6 to 8-foot-high levee on the southeast part of the lake. Lake water began flowing over the levee.

Thousands of people drowned as water several feet deep spread over an area approximately 6 miles deep and 75 miles long around the south end of the lake. Many victims were migrant workers on local farms. They had received little – and even no – warning of the impending storm. 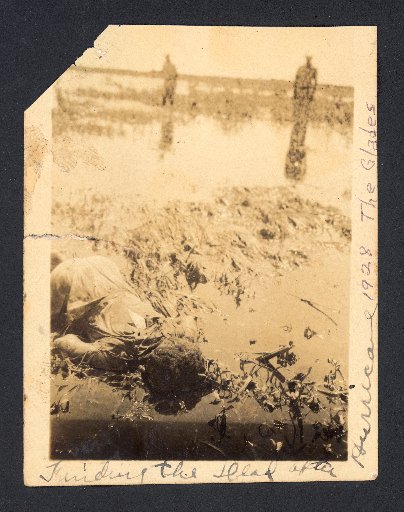 Although it took an appreciable time for the flood to arrive in Belle Glade, those in the hotel said that when it did arrive, it rose on the steps at the rate of an inch a minute. The watermark in Belle Glade was about seven feet above the ground. Nearer the lake it was a great deal higher. Damages from this hurricane were estimated around 25 million dollars which, normalized for population, wealth, and inflation, would be around 16 billion dollars today.4

A few years after the storm, and to avoid a repeat of the loss of life and property, the U.S. government began construction of what became the Herbert Hoover Dike, 143-miles long surrounding the lake.

At 07:00 AM on September 10, 1919, the Florida Keys Hurricane of 1919 made landfall on Dry Tortugas at peak intensity with winds of 150 mph. At the time, this made the hurricane the second strongest to strike the United States since 1851.

Due to the lack of hurricane observations at sea, the first tropical cyclone warning prompted by the United States Weather Bureau was a storm warning on September 8 issued for areas along the Florida coast from Jupiter on the east coast to Fort Myers on the peninsula’s west coast with the storm already a major hurricane over the Bahamas. The first hurricane warning was issued the next day for coastal areas from Jupiter to Key West, with all vessels requested to avoid the Florida Straits and the waters off Florida’s Atlantic coast.

The 1919 Florida Keys Hurricane struck Havana, Cuba, two days earlier on September 8. While the storm was raging an unidentified ship was seen off the harbor entrance signalling for a pilot, but the harbor was closed and the ship was notified it could not enter. The ship acknowledged and signaled it would move away from shore to ride out the storm.5 The SS Valbanera, a 400-foot long steamer travelling from Spain, would not be seen for another 4 days, when a US Navy submarine chaser spotted a submerged wreck with just the masts above the water 45 miles west of Key West.

The ship was found with all the doors closed, all the windows and portholes shut, and all the lifeboats still on their davits, indicating the captain closed the ship down to weather the storm. This also trapped the estimated 488 passengers and crew members inside. No survivors or bodies were ever found.6

Two days before sinking, the SS Valbanera called at Santiago de Cuba in southeastern Cuba. Here, 750 passengers disembarked the ship to continue the journey by land, despite having paid to go to Havana. They cited forecasted bad weather as their reason. 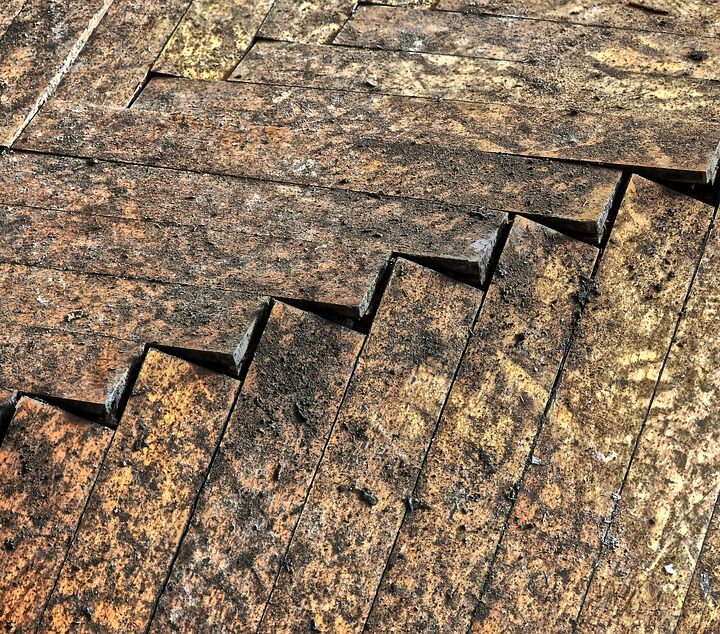 How to Repair a Water-Damaged Wood Floor 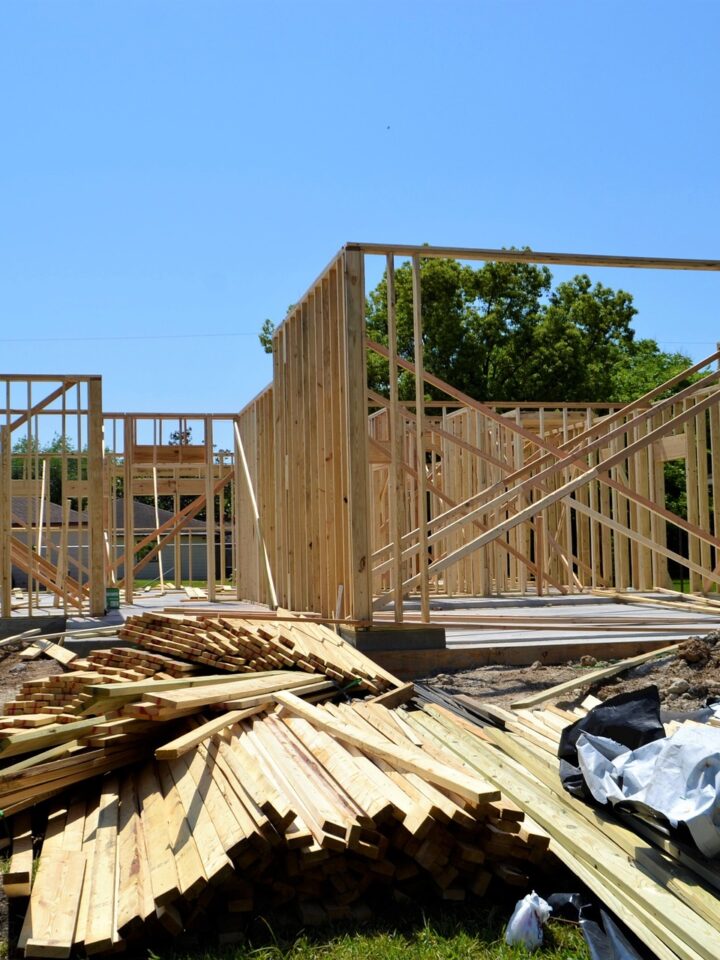 How to Repair Floor Joists with Water Damage 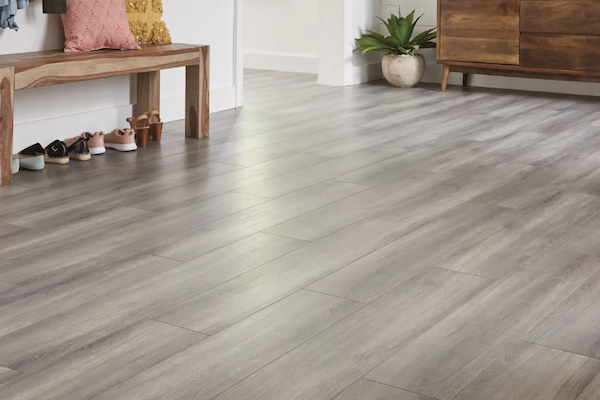